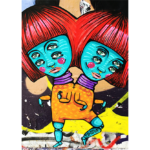 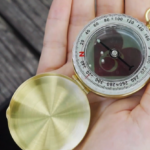 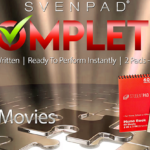 “I’m getting used to using the word ‘genius’ and ‘Fraser’ in the same sentence. Yoke can be taught and performed within minutes! Literally! This method is SO clean and direct you’ll use it all the time!” – Colin Miller “This s**t’s dope!” – Evan Tita

“I’m getting used to using the word ‘genius’ and ‘Fraser’ in the same sentence. Yoke can be taught and performed within minutes! Literally! This method is SO clean and direct you’ll use it all the time!”
– Colin Miller

“The problem with code acts is the amount of work you have to put into it to get it to work. Fraser taught me his code in ten seconds. Ten! That’s all it took! And I’ve been performing it ever since. No one will suspect a thing. It’s genius.”
– Karan Singh

“Fraser’s method for teaching somebody a card code is sweet simplicity but also deadly! Imagine being able to coach a stranger in a couple of minutes and making them a star? Well now you can. Fantastic!”
– John Carey

Yoke is the simplest and easiest to learn two-person code ever devised for sending a thought-of playing card to an accomplice.

It takes literally thirty to forty seconds to teach to someone else, and a minute or two tops for your partner to familiarize themselves with the process.

They will then be able to always know what cards a spectator is merely thinking of.

Your accomplice closes their eyes and turns away or can even leave the room. You then spread the deck on a table or in your hand, towards a spectator. They point to a card at random and then thoroughly shuffle the deck.

The deck is shuffled a little further as you take the cards back from the spectator and hand them to your accomplice, where they are now able to instantly spread through the deck and take out the playing card the spectator is focusing on in their mind.

They can even be prompted to change their mind as much as they want before committing to a card, and the spectator’s thought-of card will always accurately be divined!

This is different from other code systems designed for transmitting the identity of multiple playing cards and is by far the simplest, cleanest and most deceptive system ever worked out.

NO placing fingers in a specific position or holding the deck in a strange manner.

NO difficult memory work of any kind.

NO convoluted scripts to remember.

In fact, this can even be performed silently!

It has been designed to be learned.