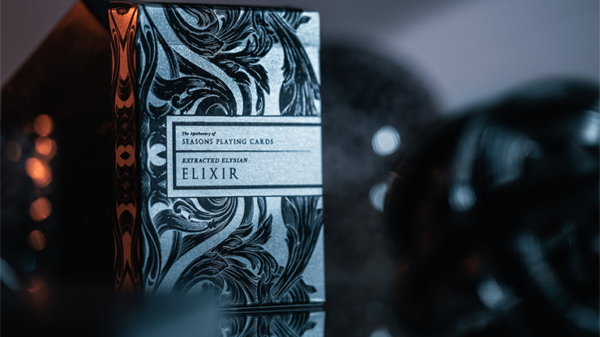 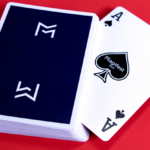 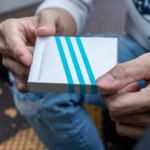 The Midnight Elixir is the last deck of the Seasons Apothecary, collaborated on and designed together with card collectors and performers. Beautifully engraved in rolling black plumes over a shimmering moonlight canvas, these cards create the ultimat

The Apothecary collection by Seasons has been an ongoing journey of exploration into the tried and true techniques of old world craftsmanship. It focuses on the beauty of the changing nature of seasons. The Midnight Elixir is the culmination of those years of testing and refining to create one final deck that awakens the senses to curiosity and delight.

The Elixir design incorporates the previous four decks into one beautifully polished design that becomes the apotheosis of the series. Containing fully illustrated Aces, Court cards, and Jokers, these cards truly bring the spirit of the Apothecary into the palms of your hands. For those who loved the Apothecary series or for those who are just getting into it, this final deck is an absolute beauty and must have for any collector.

Printed by USPCC on superior crushed stock and magic finish for cardists and performers alike.

True to the techniques of authentic old world craftsmanship, every Midnight Elixir deck is processed by hand from the intaglio engraved stamping, to the cutting, to even the final cellophaning. Every deck is incredibly labor intensive as a tribute to the era of its time. Because of this, each deck is one-of-a-kind and slightly unique. Bring home a class of cards above the rest.

The Midnight Elixir unexpectedly came into existence from sheer demand by cardists and collectors alike, and became the world’s first deck voted and designed by Kickstarter backers themselves.